The increasing volume of container traffic, larger vessels and the pressure to minimise turnaround times is driving the need for increased efficiency. Put simply, you need to process more containers in less time and in less space, all while complying with ever stricter environmental regulations. When you add to this the drive to optimise safety and reduce costs, automation is the natural solution. 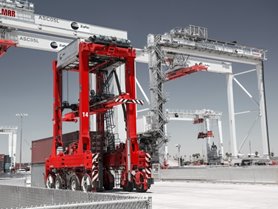 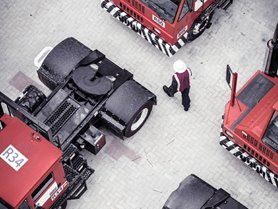 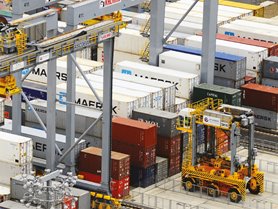 Right for your business

Automating your terminal processes brings a wide range of benefits, primarily in terms of overall cost reduction and more efficient utilisation of your equipment fleet. As a global leader in this field, we provide you with the means to automate your operations at a pace and level that suits your business.

The increase in productivity enabled by automation reduces your operational costs while at the same time building a solid foundation for future growth. With automation, you’re ready for tomorrow, today.

Automation ensures consistent, predictable and reliable performance. This in turn makes your planning and ship handling dependable – giving your terminal a competitive advantage and boosting business.

Since the very beginning of the automation journey, we have led the industry in container handling. We were the first to introduce automated stacking cranes, in 1990 at the European Container Terminals site in the Netherlands, and we launched the first automated straddle carriers at Hoogovens in the Netherlands in 1993. We also delivered the first automated straddle carrier terminal, in Brisbane, Australia in 2005 and the first three-crane automated stacking system, for HHLA in Hamburg, Germany in 2009. We have also realised a hybrid terminal layout at the TraPac terminal in Los Angeles, USA in 2014, and introduced the most advanced RTG terminal to date, due to open in Oslo, Norway in 2015.

Kalmar One is a flexible and scalable open automation system for ports and terminals, which enables you to streamline and automate your operations with proven functionalities and well-established processes. Find out more >>

OneTerminal provides an integrated automation solution, delivered by one team, that brings together Kalmar and Navis software systems, equipment and services for seamless deployment. Find out more >>